SAO TOME AND PRINCIPE – the paradise on earth

Home SAO TOME AND PRINCIPE – the paradise on earth 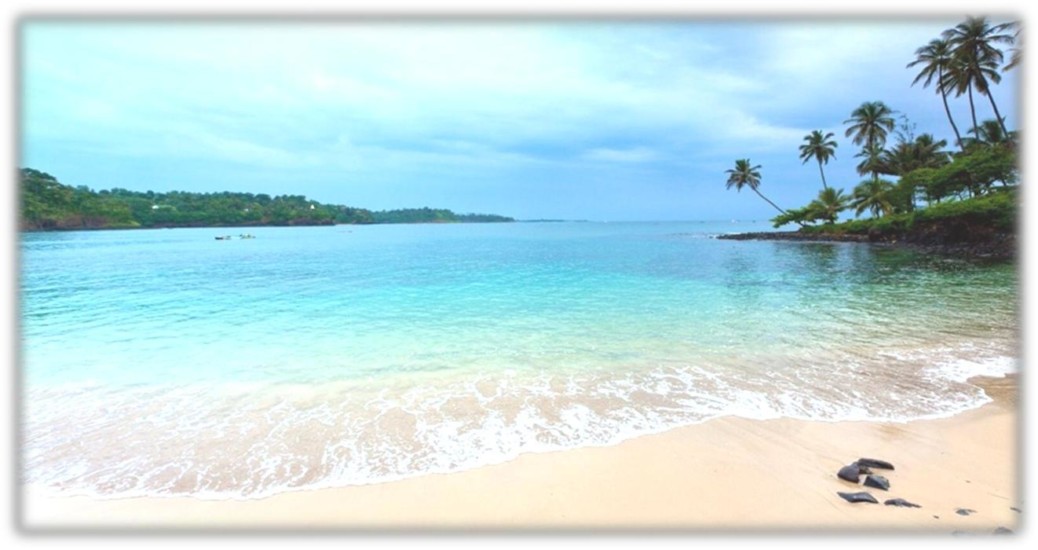 Sao Tome and Principe is a developing nation comprised of the islands of Sao Tome and Principe, located in the Gulf of Guinea, at the western coast of central Africa. The islands are considered as a paradise at the Equator due to its comfort and natural beauty since forest, endemic fauna & flora, the nice people to its paradise white sand, desert beaches and sunny weather.

This Africa’s second smallest country, is an island paradise for the adventurous travellers. Pristine beaches, secluded diving spots and historic colonial plantation villages ensure that the islands offer a range and diversity disproportionate to its size with available accommodations, from eco-lodges (Praia Inhame ecolodge) to the country’s first 5 Star Hotel (Pestana Sao Tome or Sundi beach resort in Principe).

These two small oceanic volcanic and mountainous islands of the Gulf of Guinea are geologically around 31 million years, and accommodate huge diversity of habitats of great importance and dense African rain forest. It´s undoubtedly a paradise to be discovered, with its magic and respectful flora and fauna.

The islands of Sao Tome and Principe are all surrounded by white sand desert paradise beaches with clean, clear and warm cristal water.

These beaches are always quiet. The 1st of January is the only one day in whole year that all beaches are crowded. This is due to the traditional bath, with picnics in ocasion of new year when most people go to wash up the old year. So, the rest of days, beaches just receive some few groups going for picnics or enjoying their weekends.

You can visit the paradise beaches at the north coast, and at the southern coast there are magnificent beaches where the forest touches the sea waves

Sao Tome and Principe does not have a large number of native mammals (although the Sao Tome shrew and some bat species are endemic). The islands are home to a larger number of endemic birds and plants, including the world’s smallest ibis (the São Tomé Ibis), the world’s largest sunbird (the Giant Sunbird), the rare São Tomé Fiscal, and giant species of Begonia. São Tomé and Principe is an important marine turtle nesting site, notably for hawksbill turtles (Eretmochelys imbricata).

The wildlife of the islands is composed of its flora and fauna. Sao Tome and Principe are oceanic islands which have always been separated from mainland West Africa and so there is a relatively low diversity of species, restricted to those that have managed to cross the sea to the islands. However the level of endemism is high with many species occurring nowhere else in the world.

There are about 895 species of vascular plant native to the islands, of which 95 are restricted to São Tomé and 37 occur only on Príncipe. The families Orchidaceae, Rubiaceae and Euphorbiaceae are well represented, as are the genera Calvoa and Begonia. The giant endemic begonias Begonia crateris and Begonia baccata can reach more than three metres in height. The islands are also rich in ferns. The only gymnosperm is a single endemic species from São Tomé, Podocarpus mannii

The bird life is also other of the natural wonders of the country: with about 1000km2, Sao Tome and Principe has 28 species of endemic birds. Only Sao Tome Island has 21 endemic species. This is an extraordinary number because islands with the similar dimensions usually have 1 to 2 endemic bird species. In the nineties, Birdlife International included Sao Tome and Principe in the top 25% of 218 “Endemic Bird Area” (EBAs) worldwide for their species richness. More recently, the forest of both islands have been included among the “Important Bird Area” (IBAs) of Africa.

Turtle protection is a reality in Sao Tome and Principe. NGOs have made a lot of sensibilization and carried out many programes including protctive measures in order to ensure that this specie can continue its reproduction in the islands. ECOFAC is one of this NGO. Some of the turtle species that occupy the islands are the green turtle, the leatherback, the olive riddley, the hawksbill and the caouanne (Loggerhead turtle).

There are some points in Sao Tome island where turtle observation can be performed: in the south (Jale ecolodge and Inhame ecolodge ) both eco-tour residences with some policies for turtle preservation, within the country´s endangered spieces conservation program, and other in the north (Moro-Peixe beach).

So, it´s recommended some nights in these accommodations, because the quiet night is the best moment to do the observation.

To discover this beautiful destination please see our travel deals and offers page to see our 5 tours of the paradise island.