A Walk Through Washington DC

Home A Walk Through Washington DC 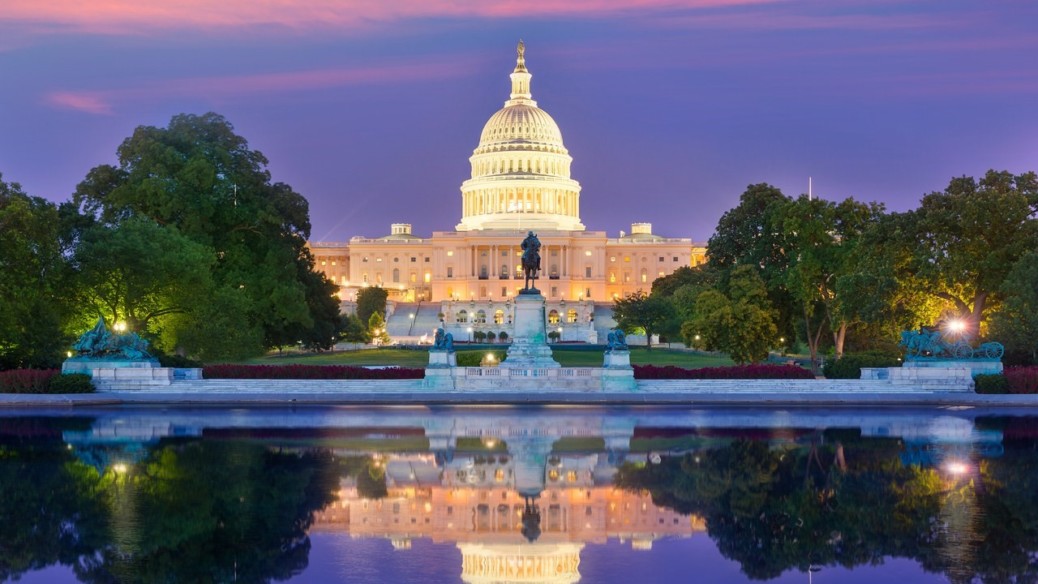 Are you a history buff? Do you enjoy museum visits? Do you enjoy leisurely strolls through monuments of historical relevance? If you’ve said yes to all this, read on because Washington, DC is for you. The historical US capital is your one stop shop to understand American history, and so much more. This compact city comes packed with such a lot really – from iconic museums to a range of performing arts venues, from the White House to the biggest collection of memorials in the country, the capital is so much more than just the capital. It’s a walk back into history, and such a beautiful walk at that. This planned city is laid out through broad streets and avenues, giving it an easy, open vibe. There are no skyscrapers here – the Height of Buildings Act of 1910 only permits buildings to be as tall as the width of the street opposite to them, plus 20 feet! So rest easy – no craning of necks here in the capital.

Every historical building in the capital has a story to tell, both from a historical and architectural point of view. Start your walk through Washington, DC at Capitol Hill. The United States Capitol is home to the US Congress and seat of the legislative branch of the government. This neoclassical styled building is perhaps the most ornate of all Washington, DC’s buildings, with a white exterior and capitol dome atop of which stands the Statue of Freedom. The inside of the building is filled with stunning artworks, including a fresco on the inside of the dome, the National Statuary Hall Collection, the Capitol Crypt and the Capital Rotunda. Sign up for a tour of the Capitol Building to get an inside view of this stunning structure.

The National Mall of Washington, DC is your best bet to get a bird’s eye view of three of the capital’s unique structures, including the Capitol Building, Washington Monument and the Lincoln Memorial all in a straight line. Located in the downtown area of Washington, DC, it borders a number of museums in the city and includes the West Potomac Park and the Constitution Gardens.

The capital is known more for its museums than being the capital! Home to over 80 museums, you’re spoilt for choice when it comes to exploring museums in this city. And the best part, many of the really good museums are absolutely free! A few of the museums that should definitely be on your list include the National Air and Space Museum, Newseum, National Building Museum, Renwick Gallery, International Spy Museum, National Gallery of Art, Smithsonian American Art Museum, National Museum of Natural History, National Archives and the National Museum of African American History and Culture.

Take on the monuments, one at a time

Washington, DC is a monumental capital, quite literally. The city is home to a wide range of monuments dedicated to various people and events that shaped American history. The beauty of the city lies in its landscape that is filled with these gorgeous monuments that ring up a range of emotions when you visit them!

The Washington Monument is an obelisk built to honor the country’s first president, George Washington, and is also the world’s tallest freestanding stone structure.

The Lincoln Memorial stands to one end of the National Mall. Built in the form of a Greek Doric temple, the monument is dedicated to Abraham Lincoln, housing the 19-foot seated statue of the former president. It also has two of his very famous speeches inscribed on the walls. It is also symbolic as it served as the location for Martin Luther King Junior’s famous ‘I have a dream’ speech.

The National World War II Memorial is located on the National Mall, and honors the spirit of 16 million men and women who served overseas during the Second World War. In terms of beauty, this monument scores high with a fountain in the midst f the memorial, adding to its overall beauty.

The Martin Luther King Junior Memorial is located in the West Potomac Park and includes the mighty Stone of Hope, a granite statue of Civil Rights Leader Martin Luther King Junior. The statue stands tall at the corner of the Tidal Museum. Don’t forget to read the quotes on the walls behind the statue, each from the leader himself that gives an insight into his struggle.

The Korean War Veterans Memorial is made up of 19 statues of soldiers who look like they are on patrol. The figures form a reflection on the opposite wall, symbolizing the border between North and South Korea. The Mural Wall has more than 2000 photographs of men, women and dogs who served in Korea during the war, making for a very moving experience.

The Jefferson Memorial is dedicated to one of the Founding Fathers of the United States, Thomas Jefferson. The neoclassical styled building is located in the West Potomac Park on the shore of the Tidal Basin, and was inspired by the Roman Pantheon building. The building is home to a bronze statue of Jefferson while the walls of the monument are inscribed with lines from his speeches and letters, along with the Declaration of Independence.

So there you have it – the very best of Washington, DC for you to explore when you visit the capital. The beauty of the capital city is the way it’s laid out, making every attraction so easily accessible by foot. Leave the car at home…just walk around or rent a bicycle to discover the US capital!