A Weekend Guide to Venice

Home A Weekend Guide to Venice 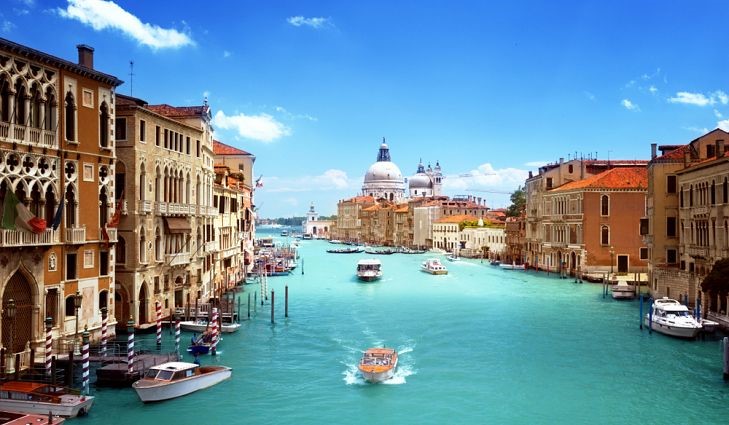 From Italy, with love

When we think of Italy, images of history, architecture, food, cobbled alleyways, grand monuments, vineyards and stunning countryside are a few of things that get conjured up in our minds. There are perhaps very few countries in the world that come as close to Italy when it comes to wholesome vacationing experiences. Its no surprise then that year after year, Italian cities feature in the top ten most visited cities in the world, and more often than not, they’ve secured the number one spot. Be it Rome or Milan, Venice or Florence, Naples or Bologna, Verona or the Amalfi Coast, Genoa or Palermo – this is a country of historical, cultural, natural and architectural gems.

Queen of the Adriatic Sea

My travels have taken me far and wide in Italy, and one city that’s always stood out for me is the city of Venice or Venezia as they refer to it locally. The island of Venice is in the northeastern part of Italy and serves as the capital of the Veneto region. Made up of 118 small islands that are separated by a vast canal system, and joined together by over 400 bridges, this island city is a testimony to sheer architectural prowess. A city with so much character, it goes by so many names, including, ‘Queen of the Adriatic’, ‘City of Canals’, ‘Floating City’, ‘City of Water’, and ‘City of Masks’, among other references.

The city has been a historical gem for centuries, serving as one of the richest kingdoms in earlier times, thanks to its prime location in the Adriatic Sea that made it an important trading location. As one of the most elegant cities in all of Europe, it was heavily influenced by art, architecture and literature, much of which is visible today. Many fine artists made Venice their home and created masterpieces of art, influenced by the stunning surroundings of the city.

A weekend in Venice

With such an abundance of art, architecture and history oozing from every brick and bridge, exploring Venice is an experience you wont forget in a hurry. You can choose to spend a week or even a fortnight in Venice if you like, but if you’re pressed for time, then a weekend in Venice is good enough to cover the main offerings of this city.

Explore the heart of Venice

St. Mark’s Square or Piazza San Marco is considered the heart of Venice. This public square has served as the city’s main gathering place for centuries, and continues to do so, even today. Surrounded by unique buildings, including the St. Mark’s Basilica, Doge’s Palace and the bell tower or Campanile di San Marco, the square is one of the busiest places in the city. The most common sight in this square are serpentine queues outside the church, palace and the bell tower, and droves of pigeons fluttering about, waiting for food.

Head up in an elevator to the top of the Campanile di San Marco for a bird’s eye view of the entire island of Venice. As the tallest tower in the city, you’ll be rewarded with great views of the ancient island and beyond. San Marco Basilica is another historical gem that deserves a visit. With stunning mosaic work, this Gothic-styles church dates back to as early as the 11th century, and boasts of opulent designs that showcased the wealth and power of the ruling families of the time.

The Doge’s Palace or the Palazzo Ducale is another stunner of a palace, built in Venetian-Gothic style architecture. As the official residence of the Doge of Venice, it’s no wonder that this was one of the main landmarks of the city with unique architecture. While one side of the palace opens up to the San Marco Square, the other side faces the Grand Canal. Take a tour of the palace to experience the opulence of previous centuries. For art lovers, this palace houses one of the world’s largest oil paintings by Tintoretto, known as Il Paradiso.

Venice is known for its stunning glassware, sourced from the nearby Murano Island. Murano glass is renowned the world over, and is exquisite. Venice is filled with little shops selling Murano glass in all shapes and sizes, but more than just buying the glass, try watching a demonstration on how the glass is made. Many of the factories allow visitors to watch how the glass is made. It’s an experience you wont forget!

Soak in Venice from the Rialto Bridge

The oldest and grandest of the four bridges that span the Grand Canal is Rialto Bridge, Venice’s very own masterpiece. Take a walk to Rialto Bridge to catch some of the most amazing views of the Grand Canal from both sides of the bridge. Located in one of the busiest parts of the island, getting to the bridge is easy with signs and arrows pointing to it from nearly each part of the city. Stop by at a café located at the base of the bridge and sip on a coffee while you soak in this genius architecture of the bridge. Walk over the bridge and take a look at the dozens of little shops selling Venetian souvenirs, spices, masks and postcards, and don’t forget a picture on the bridge.

Be romantic – take that Gondola ride!

It is perhaps the most clichéd thing to do when in Venice – but hey, it is an experience worth having. Gondola rides are what made Venice extremely popular, and for good reason. Hop into a Gondola and enjoy a leisurely ride through the Grand Canal and smaller waterways of the island. If your Gondola rider is enthusiastic, he might even sing for you. The water doesn’t smell the greatest, but its still an experience that’s worth having. And what’s more…you’ll get to see a more in-depth side to the island on your ride that you might not get to witness while walking around the city!

Venice has a lot to offer, and spending a weekend in the city is like an appetizer. You need more time for the main course. A weekend will give you feelers of the city, and help you prepare for your next, longer visit to Venezia!