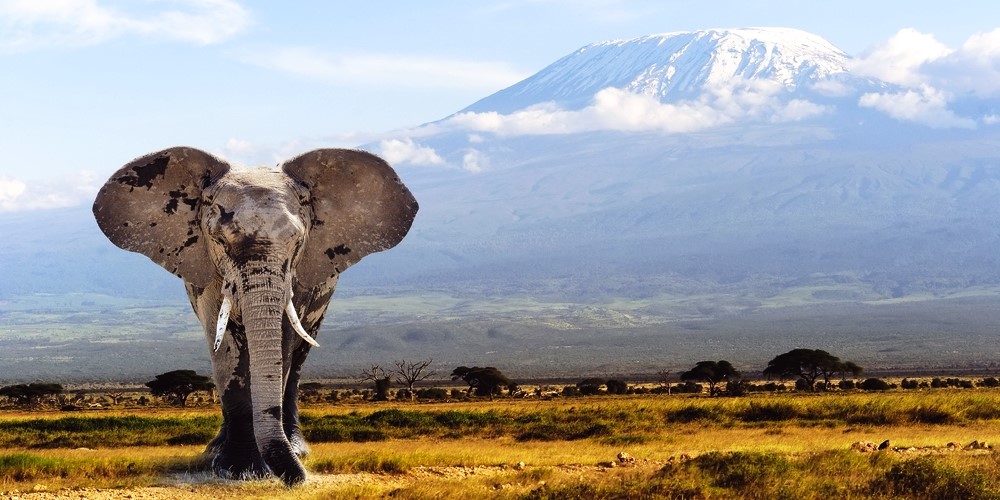 Experience the magic of an African Safari

For those of you who enjoy the wild, let wilderness take over on this experience of a lifetime. Safaris are perhaps the most intimate experience you can have in the wild, but in a controlled environment where you’re safe! The very word safari comes from a Swahili word meaning journey or expedition, and while in earlier times it also referred to the act of going on a hunt, in today’s times, a safari is more of a journey into the wild where you get to witness animals in their natural habitat, from a distance. And what better place in the world to experience this than the safari capital of the world, Africa!

While Africa is known for its amazing safari experiences, you’ll be faced with the daunting question of where in Africa should you go? With so many countries in Africa offering amazing safari experiences, choosing the right one can be quite a task! The top African countries for safaris are Kenya, Tanzania, Zimbabwe, Botswana, South Africa, Zambia, Rwanda, Uganda, Nambia and Mozambique. Once again, the question of what kind of safari you want to go on that will largely determine which country you should choose. For example, if you’re focus is on the parks, then choose your country accordingly; the Maasai Mara National Reserve is in Kenya while the Serengeti is in Tanzania; South Africa is famed for the Kruger area while Zambia is best known for South Luangwa National Park and the walking safaris. To track gorillas, Rwanda and Uganda are the best, while Botswana is known for Chobe National Park and the Okavango Delta.

While the original term ‘Big Five’ was used for the five big animals that were the most difficult to hunt, being the African elephant, Cape buffalo, African leopard, African lion and the African rhino, it is now used more as a mean of what animals you intend to see during your safari. If it’s the Big Five that you’re keen on seeing on your safari, then choose your reserve accordingly. Representing safari royalty, the Big Five are the most sought-after safari sightings. Although, you shouldn’t limit your safari viewing experience to just the Big Five, since there are many other animals that didn’t make it to the list, but are equally majestic; the giraffe, cheetah, African wild dog and the hippos are other safari highlights, but don’t make it to the more popular Big Five list.

So how do you pick your safari?

The African cheetah is rather elusive and tough to spot thanks to their excellent camouflaging, but chances of spotting them are restricted to Londolozi Game Reserve in South Africa, Moremi Game Reserve in Botswana, South Luangwa National Park in Zambia and the Samburu National Reserve in Kenya.

The black rhinos and white rhinos are dwindling in number with major conservation efforts being put in to stop these beautiful animals from becoming extinct. They can be spotted in Etosha National Park in Namibia, Hluhluwe Imfolozi Park in South Africa, Lewa wildlife Conservancy in Kenya and Mkomazi National Park in Tanzania.

Hippos are partial to water-rich reserves and can be seen in the Serengeti National Park in Tanzania, Kruger National Park, Isimangaliso Wetland Park and Hluhluwe Imfolozi Park in South Africa.

If you’re a first timer at safaris, you’re best bet to start off the experience would be the Maasai Mara National Reserve in Kenya. Kenya’s savannahs are home to a range of animals, and while the best time to visit is between May and October, you’re sure to spot a lot of animals.  Covering 1500 square kilometers, the reserve is popular for lion spotting and the Great Migration of wildebeest, zebra and antelope from Tanzania to Kenya across the mighty Mara River. Also, the Maasai villages add a cultural touch to the experience.

For a wholesome wildlife experience, the Serengeti in Tanzania is your best bet. It’s massive, covering 15,000 square kilometers, and the Ngorongoro Crater that sits within the Serengeti, is home to the biggest concentration of wildlife in a 250 square kilometer radius. Lions, elephants and black rhinos are the big draws here.

Kruger National Park in South Africa is home to the Big Five, so if there’s one place you want to visit to see them all, this is the park you should choose. In addition to the Big Five, you’ll also get to see cheetah, African wild dog, massive herbivores and over 500 species of birds. Covering 22,000 square kilometers, this park has it all in terms of terrain – hills and savannah, riverine forests and woodlands, plenty of rivers and lakes – making it ideal for wildlife. The rains happen between November and March, making it possibly the best time to visit.

Choose your safari based on factors like what you want to see, what time of the year you plan to visit, how much time in hand you have, budget, what kind of accommodation you’re looking. Each country offers a range of options, and with wildlife safaris being one of the most popular types of travel in today’s times, you’ll be spoilt for choice. And be sure to check out our travel deals/ offers page https://mystead.com/itinerary/ for a variety of travel packages to these magical destinations.