Pisa-Land of the Leaning Tower

Home Pisa-Land of the Leaning Tower 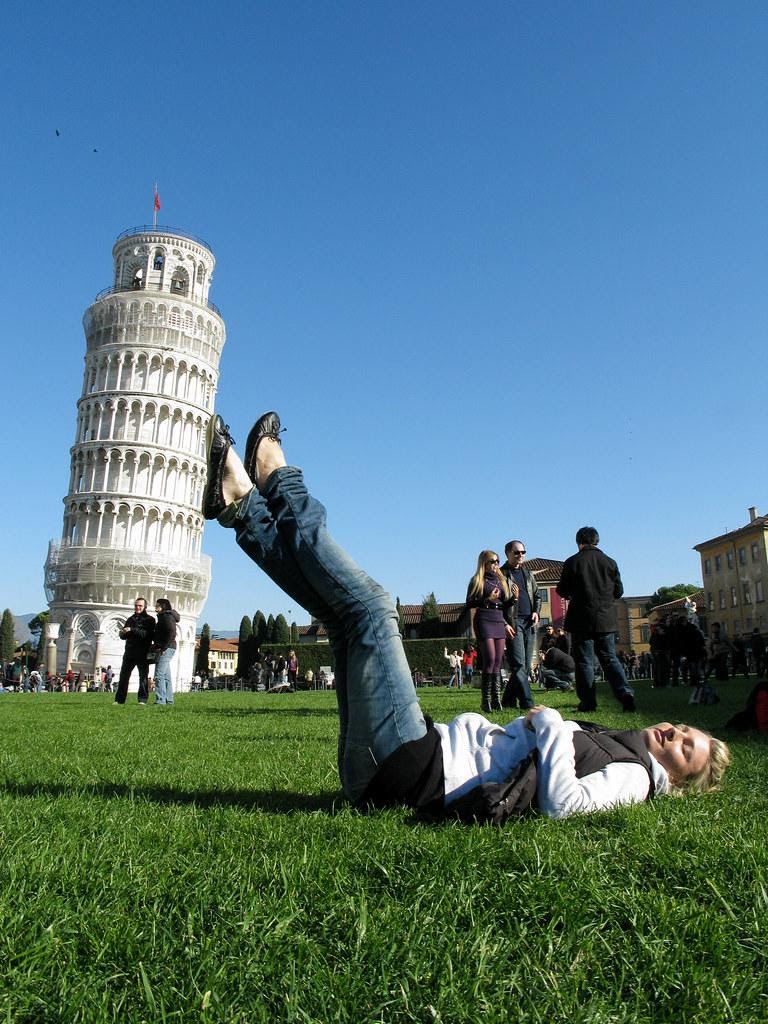 Pisa – More than the Land of the ‘Leaning Tower’

When we think of the tiny Italian city of Pisa, the very first thing that comes to mind is the ‘Leaning Tower’- it’s very own claim to fame. But hey, wait a second… there is so much more to this gorgeous, ancient Italian city than its tower that leans! The leaning tower deserves all the acclaim it gets, but let’s get to know Pisa a little better! I had the most wonderful time spending two full days getting to know this quaint Italian city, by far one of the most unique stops on my travels through Italy!

Pisa was one of the finest cities in its time. With earliest beginnings as an Etruscan port or a Greek village (claims are still disputed about this one), Pisa went on to become a maritime leader thanks to its located on the banks of the Arno River and even enjoyed the status of being one of the favorite nations with its ever-increasingly successful maritime conquests. Up until the 14th century, Pisa basked in the glory of political, cultural, and scientific advancements, but like all good things come to an end, so did the golden era of Pisa. Political and religious turmoil, bankruptcy, illness, and defeat brought about the steep decline to the city. But the famed Medici family of Florence salvaged the city and brought development, prosperity, and the Renaissance back to Pisa.

The city runs on tourism and its ports that make up most of its economy. Like every other major Italian city, Pisa is renowned for its grand structures that attract history and architecture lovers from far and wide. What’s more – Pisa has a great climate throughout the year – a humid subtropical and Mediterranean climate. It’s located in the region of Tuscany, just a couple of minutes from the Ligurian Sea, and falls on the route of Florence, La Spezia, and Livorno.

Not just the leaning tower…

There is plenty more to check out on your visit to Pisa. Although the Leaning Tower tends to hog the limelight, Pisa has much more to offer on its platter. Apart from a bevy of grand historical structures, Pisa is known for education. That’s right – the University of Pisa – one of the oldest universities in the country, founded in 1343. Acclaimed in the fields of Physics, Mathematics, Computer Science, and Engineering, this elite institution is renowned for research.

Birth, life, and death – all packed into one miraculous square

The Square of Miracles, locally known as Piazza Dei Miracoli, houses a few of the most magnificent structures in the city, including the Leaning Tower. The square was designated a World Heritage Site back in 1987 and lies along the western edge of the city within a fortified wall. The three structures within the square date back to 1094, and interestingly, all three structures signify the three most important stages of human life – the Baptistery is indicative of the first stage of life, birth; the Cathedral of Santa Maria Assunta (of which the leaning tower of Pisa is a part – it is the bell tower of the cathedral) is the second stage – life itself; and the Campo Santo which is the Monumental Cemetery – that is symbolic of the last stage – death.

A little bit of each structure…

The structures in the square date back to the 11th century, when construction of the cathedral commenced. Displaying Pisan Romanesque architecture, the interiors of the cathedral are stunning. Don’t forget to marvel at the ceiling that is covered in gold decoration, and the dome that has a gorgeous fresco of the Assumption of Mother Mary. Attached (not physically) to the cathedral is the city’s claim to fame, the Leaning Tower. Also referred to as the Campanile or the Bell Tower displays truly magnificent architecture, apart from the tilt that made it even more famous. And no – it wasn’t built tilted! The sub-soil on which the tower was built kept shifting, leading to a tilt in the construction of the tower. The tilt was noticed while the tower was being made, and was halted on a few occasions in the hope of the soil shifting back to normal, but that was never the case. The tower was completed finally in 1350, to its final height of 55 meters, but the most amazing feature remains its tilt at 5 degrees southward.

Finally, the Campo Santo or the Monumental Cemetery lies to the north of the square and was built in the 12th century. Made up of a rectangular structure with a cloister of Gothic arcades, the cemetery was used exclusively for the burial of nobles and prestigious men. Marvel at several pieces of artwork that adorn different parts of the cemetery.

Beyond the Square of Miracles…

Lie several other lesser-known, but noteworthy attractions in the city of Pisa. The Museo Nazionale, also known as the National Museum of Pisa, is located on the banks of the Arno River and is home to a range of priceless artifacts and sculptures. History lovers shouldn’t miss out on a trip here.

Another smaller church of acclaim is the Santa Maria Della Spina – one of Pisa’s most gorgeous churches. It’s small but opulent and unique in its architecture.

The Knight’s Square or Piazza Dei Cavalieri is one of Pisa’s main squares and houses the grand Palazzo Dei Cavalieri. A great photo op is the staircase in front of the palace!

Pisa is worthy of all the praise it garners, and the best way to experience this Italian city, like all the other Italian cities, is by walking around to soak in the very essence of history, grandeur, and exquisite architecture.