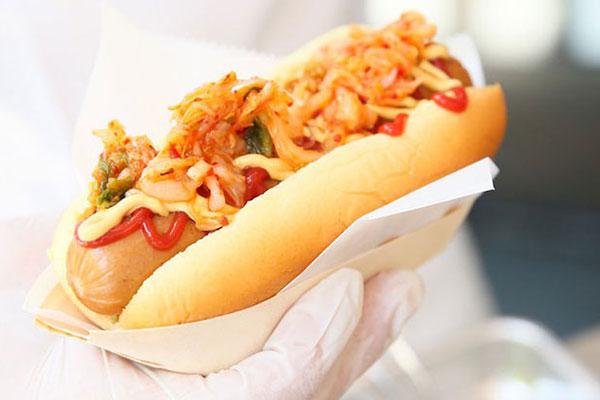 New York, New York – the sound of the city itself is so appealing, so evocative, and so desirable! And if you happen to be a foodie and you happen to be traveling to New York City, there is just so much you have to look forward to on your trip! It’s a known fact that people travel from far and wide to New York City to take in the sights and sounds of this amazing city. It’s another well-known fact that people travel to the city just to eat- that’s right! Just to eat the fine offerings of a city that never sleeps, and a city that makes sure you are never too far away from amazing food.

New York has often been considered among one of the finest cities in the world to dine in, offering a range of cuisines that is difficult to match up to. And we’re not just talking about a range of cuisines – it’s the whole deal; whole areas dedicated to cuisines, neighborhoods specializing in dishes that many would travel thousands of miles across the globe to get a taste of, but instead, they just have to hop onto the subway to get to the meal their heart so desires! Isn’t that cool? Well, that’s why New York has been crowned with so many food accolades over the years. From Michelin star fine dining to the greasiest but tastiest junk food to the ever-evolving street foods from all over the world, New York has it all.

Street food has a very special place in the heart of New Yorkers. It’s the easiest go-to food when you’re walking the streets of the city, and yeah, everyone walks the streets of New York City! Sidewalks are always crowded with pedestrian traffic in this city…walking is considered a faster way of getting from place to place, instead of contending with traffic that always seems to be stuck in a bottleneck. It’s no wonder then that street food does so well here, with a massive amount of people surviving on all three meals a day from street food carts and trucks. If you’ve been to the city, you’d know how busy people always seem to be – New Yorkers are always in a rush! So its not surprising why street food would do so well…stop, order, get your food, and eat while walking! Bingo…the solution to doing two things at the same time, and saving on a whole lot of time while you’re about it.

Street food – but only the very best

You’ll seldom have a bad ‘street food meal’ in New York. It’s very rare if you do. Nothing is cheap is this city, and its costs a lot of money to run a street food cart even. So the people running these carts or food trucks have to make sure their food is good enough to keep people coming back to them, ensuring the cash registers keep ringing. And they do. There are a number of known street food carts and trucks around the city that have an ever-expanding and very loyal bunch of customers who make a beeline for the food almost everyday, if not every other day. Long, snaking queues outside food trucks are a common sight in the city. That’s your cue for a meal that you shouldn’t miss, provided you have the time and enthusiasm to queue up for a meal.

There are a number of staple New York favorites when it comes to street food. The list keeps growing day by day, but old-time favorites are often the biggest and hottest sellers.

Pretzels are German but an adopted local favorite; they come salt crusted or plain. And pretzel-chomping locals are a common sight. Bagels are another favorite…plain or with cream cheese, peanut butter or jelly, or fully loaded with eggs and the works. The undisputed winner when it comes to street food is the humble hot dog, plain or smacked together with mustard and onion relish! You can’t walk down a street in New York without seeing a cart churning out hot dogs. Deep-fried, sugarcoated, roasted peanuts, cashews and almonds are another popular sight, and the aroma of them frying, along with their golden glaze is enticing enough to attract you to buy some.

And then some more – actually – a lot more!

The street food list doesn’t stop there. It’s just getting started. With so many nationalities living in New York, it’s no surprise of the variety of street food available. Middle-eastern and Greek street food is very popular. From falafels to shawarma, chicken kebabs on rice, meatballs on rice or kebabs in a wrap with tahini and salad, gyros, souvlaki…you can get it all at the corner of a street!

The city has a huge Vietnamese population, and its no surprise how good Vietnamese street food is in this part of the world. Carts churn out Banh Mi, the evergreen Vietnamese subs packed with the goodness of meat and veggies. Summer rolls and Pho are other favorites churned out with the same passion.

Indian food can’t be far behind, and with a massive local and international clientele flocking to Indian street food carts and trucks, its no surprise how popular this cuisine is in the city. Biryani carts are a common sight dishing out heaps of flavored rice and meat topped with salad and yoghurt, while Kathi rolls (an Indian deep fried bread roll stuffed with kebabs and condiments) are now somewhat of a staple on New Yorker’s lunch menus.

With so much savory, how can the sweet be left behind? You can’t miss the ice-cream trucks churning out waffle cone sundaes and softies, slushies, popsicles, and a wide range of flavored ice creams and desserts. Desserts trucks are popular too with Belgian waffles, crepes, macaroons, cream pies, donuts, muffins and cupcakes making their mark on sweet-eaters.

If you happen to be visiting the city, you could have every single meal for a year or longer, on street food! Easy, quick, convenient and very often cheaper than most established eateries in the city.