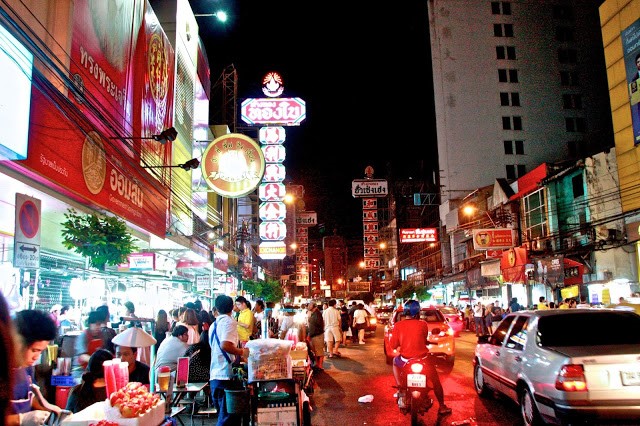 Southeast Asia is known the world over for its food, which forms a space and place that remains unmatched. With cuisines as rich and diverse in variety and complexities, a food trip to Southeast Asia is worth your while. Countries like Malaysia, Indonesia, Vietnam, Cambodia, Thailand, Singapore and Philippines all have very distinct cuisines of their own, while also being influenced by neighboring regions, ingredients and customs.

Thai cuisine is a favorite the world over; its features as the 8th most popular cuisine in the world, with 7 Thai dishes making it to the list of the ‘50 Best Foods’ in the world! Thai cuisine is fast gaining a reputation in more and more countries around the world for its aromatic spices that transform simple dishes into memorable affairs. Thai people are known to be particular about detailing in their food; from color to size to texture, taste, appearance and nutrition, a lot of thought goes into the creation of well-balanced meals aimed at nurturing the taste buds and the soul. It’s a harmony of sorts.

Bangkok: The Street Food Capital Of The World

A unique variation of Thai cuisine is the street food that abounds in the corners of every Thai city. The capital city, Bangkok, is a legendary street food city. You cannot go wrong when it comes to food in Bangkok, and when it comes to street food, there is perhaps no better city in the world. That’s right… Bangkok features on top of the list of best cities for street food in the world, according to a survey conducted by CNN, making it the ‘street food capital of the world’! Nearly every street in Bangkok has stalls selling food, but you need to narrow down your search for the best street food.

Don’t be fooled by the name of the area. Chinatown is the heart of street food in Bangkok. Yaorawat Road in Chinatown is one of the best streets to be on for authentic Thai street food, where only the best has known to survive. Food is very serious business here. Days are light, but evenings and nights are packed with every food stall bustling with food and food eaters. You will lose count of the number of food stalls, carts and restaurants there are in this area. It’s mind-boggling. Must-try’s here include Bird’s Nest Soup, Ba Mee, which is a dish of wanton noodles, Pad Thai (of course!) with an omelet of mussels, ended with some milk tea and Thai desserts. Try this for your first visit. And go back again and again to try out the rest. While there are many restaurants that serve up great food, the whole idea is to seat yourself in the midst of utter chaos, on a plastic chair and soak in the crazy sights, sounds and smells as you tuck into your food.

Soi Rambuttri is a haven for backpackers who end up staying for weeks and months. The food stalls here serve up very authentic fare, are pretty cheap and have exhaustive menus to choose from. Thai staples can be found at every food stall here. You can’t go wrong with a Thai green curry and rice for as little as 80-100 Baht, barbequed chicken, wrapped spring rolls, amazing Pad Thai…and it goes on and on. The bars are fun to check out as well, with bucket beers, music and conversations in plenty.

Known for its excellent kobe beef noodles and roast duck, this market, located in the green district of Dusit is a favorite with experienced street food aficionados.  The famed mango and sticky rice is a favorite here, along with a variety of sticky rice options with a range of sweet toppings, including custard and coconut flesh. One dessert that deserves every bit of praise is the Khanom Kror, also known as the crispy coconut pancake. It’s different from other stalls, and easily the best.

Down the road from Ratchawat Market is another popular street food area known as Sriyan Market, which is a fresh food market as well as a renowned street food area, serving up jungle curry and noodles in all shapes and sizes.

This area is a business hub, which translates into lots of hungry people, so lots of food. Soi 20 in Silom is where all the food action is. And not just Thai food… you can expect a variety of Indian food, Malaysian curries and kebabs. But back to the Thai options. Lots of grilled seafood is on offer, and the pla plao or salted whole river fish is a favorite, as well as the pickled crab in Thai chilli. The ped thun or braised duck is another popular dish. The usual plastic tables and chairs are available to grab a quick bite.

As the name goes, expect seasoned dishes and seasoned cooks who have been around for decades at this street food market. Most of the food stalls here have been passed on from generation to generation, with recipes being followed for ages. While the traditional Khao gang or curry rice is a staple for most locals as breakfast and lunch on the go, the stalls here offer plenty of options when it comes to curries and stir fries that are dolloped onto plates of rice.

To sweeten the taste buds, Nuttaporn Ice Cream serves up some great ice cream options made from scratch, including flavors like Thai iced tea and coconut milk! What’s more…they’ve been around for over 60 years, churning out delectable Thai inspired desserts.

Other areas that offer a range of fantastic street food include the bustling Sukhumvit, which has a mix of upscale bars and restaurants, interspersed with local street food stalls. Then there’s Saphan Lueng, which is a local favorite dishing out rice porridge among other Thai staples. No matter which part of Bangkok you find yourself in, you are never too far from a street food stall serving up delectable Thai food!